Electric Safety Practice and Standards. The goal of this book is to provide electrical power engineers with the knowledge and analysis they need to be well versed in electric safety and to effectively transfer their skills to the relevant workers in their organizations. This book is very practical and can be used as a textbook worldwide since electric safety codes are very similar everywhere. This cognitive learning will certainly improve the safety of the worksites. However, unfortunately, most power engineers are not familiar with the electric safety practices governing site works. Besides the engineering analysis in all the aforementioned areas, the book includes several real-life case studies.

Electricity is one of the best forms of energy known to man; it is clean, readily available, quiet, and highly reliable. Equipment powered by electricity is pollution-free and is more compact than those powered by other forms of energy such as gas or oil. Because of the overwhelming advantages of electricity,
it has now become widely available with just the flip of a switch.
Since the early days of the electrical revolution, electricity was recognized as hazardous to humans and animals. Today, in spite of the safety products available in the market, more than 1000 people are killed every year in the United States alone due to electric shocks and several thousands more are disabled or injured.
Performing maintenance work on an electric grid is a daring job that demands a high degree of skill and attention. It is therefore handled by highly trained linemen who deserve great appreciation for their dedication to maintain our light even under harsh and hazardous conditions.
To protect the public and workers from the hazards of electricity, several regulations and standards have been developed to address every electric safety issue known to man so far. On December 29, 1970, President Nixon signed into law the Occupational Safety and Health Act. The purpose of the legislation was to “assure so far as possible every working man and woman in the Nation safe and healthful working conditions.” Before this legislation was implemented, about 15,000 job-related fatalities (not all related to electricity) were reported every year in addition to 2.5 million disabilities and 300,000 cases of illnesses.

To administer the act, the secretary of labor created a new division in the
Labor Department called the Occupational Safety and Health Administration (OSHA). Its mission was to assure the safety and health of America’s workers by developing and enforcing standards, providing safety training, and improving safety and health in the workplace. On May 29, 1971, the first group of standards was adopted to provide a baseline for safety and health protection in American workplaces.

Today, OSHA and its state partners have over 2000 inspectors and more than 200 offices throughout the United States. In addition, it uses the service of engineers, scientists, standards writers, attorneys, and other technical and support personnel. OSHA’s Code of Federal Regulation (CFR) is a set of standards that deals with several job-related issues such as electric, mechanical, and chemical safety. The electric safety code can be found in OSHA’s standard 29 CFR 1910 in sections such as 1910-137, 1910-269, and 1910-302.
The Institute of Electrical and Electronics Engineers (IEEE) has several
working groups and standard committees devoted to electrical safety.

The Contents of Electric Safety Practice and Standards 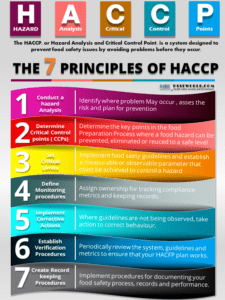 Photo of the day: The 7 Principles of HACCP 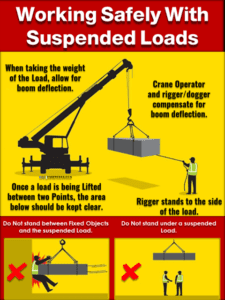 Photo of the day: Working Safely with Suspended Loads 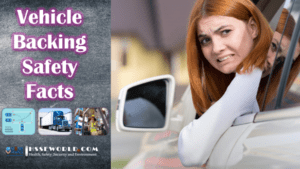