Job safety has come a long way in 50 years since the Occupational Safety and Health Act (OSH Act) was enacted. The American Federation of Labor and Congress of Industrial Organizations (AFL-CIO) says “more than 627,000 workers now can say their lives have been saved since the passage of the OSH Act.” But the journey is ongoing and there’s much farther to go in eliminating death and injuries on the job.

Workplace incidents continue to take a toll. The 30th edition of the ALF/CIO report, Death on the Job: The Toll of Neglect, published in May 2021 reveals that in the United States during 2019:

“Fifty years after the passage of (United States) job safety laws, the toll of workplace injury, illness and death remains too high, and too many workers remain at serious risk,” The report says. “There is much more work to be done.”

Preventable work deaths increased 2 percent from 2018 to 2019, following on the heels of a previous 2 percent increase from 2017 to 2018. The preventable death rate of 3.1 per 100,000 workers in America has not changed since 2016. Work-related, medically consulted injuries totaled 4.64 million in 2019 – the most recent officially recorded total. Injury Facts reports preventable U.S. workplace deaths in 2019 totaled 4,572 and that number does not include 761 workplace homicides and suicides.

A Canadian 2019 report on Workplace Fatality and Injury Rates shows work-related causes in that country were responsible for 1,027 deaths in 2018 – an increase of 76 from 2017.

Completely eliminating accidents and deaths on the job is ideal. Job safety and hazard analysis are essential and foundational tools of the trade to getting there, and the future sees greater use of analytics in the effort to predict and minimize such occurrences. Predicting incidents that might happen is a matter of identifying “causal factors” through data analysis, but these clues are often not apparent and likely to be hidden in variables not captured in incident reports. It’s a matter of digging deeper into things like equipment operation and process data, vehicle telemetry, weather, geospatial, socio-demographic, human resources (payroll, performance data), training, industry, and other data.

Through predictive modeling techniques, it’s possible to pinpoint the driving factors behind workplace incidents and develop prevention strategies. One of the greatest obstacles in analyzing and potentially exposing risks is finding and collecting the data itself. Data usually is scattered across various business systems and is often difficult to access. Not all data is written in common syntax, so it must be interpreted and standardized. And data quality is always an issue.

Accurate data, and by extension, data analysis, will become increasingly more important for environmental health and safety (EHS). In its report, 4 Trends in Occupational Safety and Health to Expect in 2021, Columbia Southern University noted that: “In 2021, it will be crucial for all businesses to use their safety data to perform predictive safety modeling. This modeling will aim to anticipate potential safety hazards and establish which conditions increase the occurrence of incidents.”

It goes on to say: “To remain competitive, companies will employ more and more of such machine-learning-dependent safety software and attempt to stop accidents in their tracks before they occur.” Noted was the fact that “predictive analytics are only as reliable as the data they are based on.”

This report is Part 1 of a two-part series. Here we examine risk assessment, job safety analysis, and job hazard analysis, and how to build a better model. Part 2 of this report series will consider how the addition of analytics can predictively identify and support efforts to minimize workplace dangers and improve occupational safety.

Risk assessment seeks to assess hazards found in a work environment, determine the level of danger that exists in those hazards and assess the likelihood of harmful incidents occurring. It is also the guiding principle behind job safety analysis (JSA) and job hazard analysis (JHA). Risk hazard needs to be evaluated with criteria that assist in building a credible understanding of what is and is not acceptable. Most regulatory bodies require some form of risk assessment of hazards, and all follow a similar template that includes:

A risk matrix is a commonly used assessment tool for evaluating and estimating risk levels. It helps to judge whether the hazard and possible risk are acceptable, scores it, and then plots findings on a matrix chart to ultimately determine the level of control required. If the activity rating rises above acceptable levels, then controls are warranted to lower scores.

For every hazard identified during an inspection and for each associated activity, it’s important to ask the question “what if?”

For every hazard identified during an inspection and for each associated activity, it’s important to ask the question “what if?” What could be the worst-case outcome regarding a hazard or concerning activity? Is it a fatality, significant injury, permanent disability, or health effect? Is it a minor injury, environmental concern, or something that could cause damage? A risk matrix is a tool to judge the likelihood and severity of harm, based on a criterion that includes:

below is a risk matrix example:

This five-point (5×5) matrix estimates the likelihood (probability) and severity (consequence) within the five descriptive levels. Rating definitions appear, below

Coupled with the risk assessment and risk matrix described above, We recommend the application of a widely accepted approach called a hierarchy of controls. it is a simple-to-understand process that’s useful in gauging the control appetite of an organization. It should serve as an overarching methodology for how to deliver the right level of program control for job safety and job hazard management.

An example from Gaddis’s report, Walking-Working Surfaces, and Pedestrian Safety, shows a control hierarchy for walking-working surfaces risks and highlights the most effective controls, emphasizes engineering solutions, reveals administrative controls, and the necessary reliance on personal protective equipment. (See the illustration, below.)

Photo of the day: hierarchy of controls

Though not intended to be an exhaustive list, it identifies the control considerations when dealing with improving a walking-working surface program. ( Read more E-Books: Risk Assessment A Practical Guide to Assessing Operational Risks ) 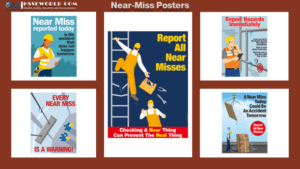 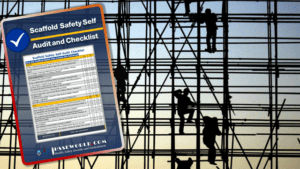 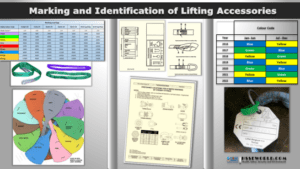