89% of confined space fatalities occurred with jobs authorized by supervisors, and 80% of fatalities happened in locations that had been previously entered by the same person who later died.

Confined spaces are enclosed or partially enclosed spaces of a size such that a worker can squeeze entry for performing assigned work through a narrow opening—they’re tough to get in and out of, tight spaces. These spaces are normally only entered to perform specific tasks and then barricaded to prevent unauthorized access.

As an example, think of a large tank used for holding liquid. Sometimes, these storage units or big containers need to be cleaned out, so you send a worker get inside and they’re completely surrounded by walls of the structure, with only a small entry/exit hatch for escape if things go awry. Confined spaces create the ideal conditions for the onset of claustrophobia. Confined spaces can be large or small and above or below ground.

In 1993 the Occupational Safety & Health Administration (OSHA), created a standard to better protect those who work in confined spaces. This standard is based on best practices for eliminating and controlling confined space hazards. According to OSHA repair, maintenance, cleaning and inspection activities account for almost ¼ of confined space related fatalities, with construction and manufacturing industries experiencing the most fatalities.

Many confined spaces are also poorly ventilated, so the release of vapors which might otherwise be released into the open air can create an oxygen-deficient, toxic, combustible, or otherwise harmful atmosphere.  Exposure to these atmospheres can result in immediate asphyxiation, acute or chronic poisoning, or impairment that can result in injury. Asphyxiation is the leading cause of death in confined spaces. Confined spaces can also pose the hazard of asphyxiation or other injury from engulfment in the materials within the space, such as grain or sawdust within a silo.

Oxygen deficiency is one probable factor contributing to confined space accidents. This is when the air in a confined space is consumed by chemical or biological reactions, diluting the percentage of oxygen in the immediate atmosphere to below 21%, causing increasingly negative physiological responses as that percentage declines.

Oxygen displacement is another killer in confined spaces. Typically, this is when inert gas is present at levels that remove oxygen from the chamber, essentially crowding out the normal air we breathe and replacing it with, say colorless, odorless gases like nitrogen or carbon dioxide, creating a situation of complete suffocation for workers.

Other common, problem situations in confined spaces involve flammable atmospheres, toxic gases and solvents, each posing different, specific hazards that have killed high-risk workers in the past.

There are other considerations to be sure; sloped, tapered, or inwardly converging walls in a confined space, such as a discharge pipe, can pose the hazard of asphyxiation from compression of the chest to workers who slip and fall into them. Confinement can also result in becoming entrapped in a space, say for example, being caught between or under objects inside the space.

Workers may also face exposure to extreme noise, heat, or cold in a confined space and may introduce hazards just because of the tools they bring into such an environment. For example, welding certain materials can cause fire hazards and cleaning the inside of tanks with solvents may create a toxic atmosphere. 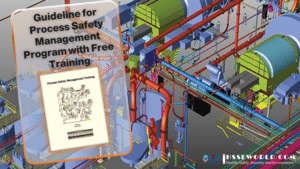 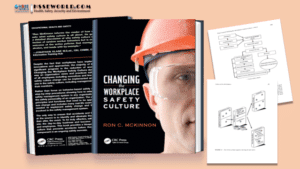