A bathtub refinisher, working alone in a small apartment bathroom, died of methylene chloride exposure while using the chemical to remove paint from a bathtub. The bathroom had a small, open window but no mechanical ventilation. The victim was not wearing any respiratory protection. The victim was the sole employee of a company that specialized in refinishing bathtubs and sinks. The California Fatality Assessment and Control Evaluation (CA/FACE) Program concluded that bathtub refinishing contractors should take the following steps to prevent similar incidents:

A 43-year-old bathtub refinisher, working alone in a small apartment bathroom, died from exposure to methylene chloride. The w 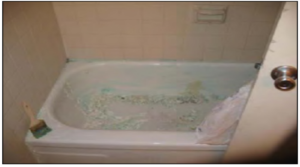 orker had been using a methylene chloride-containing paint remover. The bathroom had a small, open window but no mechanical ventilation. The victim was not wearing respiratory protection. The business owner reported that he had personally trained the victim, and had established safety rules that were to be followed. He reported that he told the victim to always use gloves, goggles and a respirator, and to have good ventilation. However, he did not have a written Injury and Illness Prevention Program.

The employer was the victim’s brother-in-law and they lived together in the same house. The brother-in-law ran a small company specializing in the refinishing of bathtubs, sinks,  His primary language was Spanish, but he also spoke limited English. He had been doing this type of work for 20 years. The employer was not a licensed contractor, but he had incorporated as a business the year before. At the time of the incident, the victim was his sole employee. The company could handle two jobs at a time, with the owner and the victim each working alone. If there was just one job scheduled, the victim would do the work. The owner reported that they completed about five to six jobs per week. Property owners usually choose to refinish a bathtub, since replacing a tub is more costly. 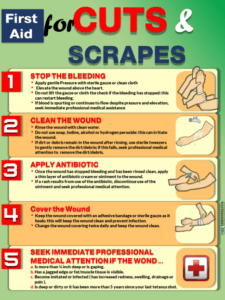 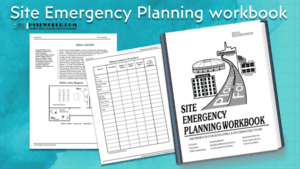 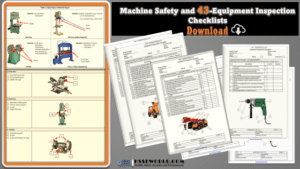