Waterborne illnesses are caused by various bacteria, viruses, and pathogenic microorganisms and usually occur because of poorly treated drinking water and wastewater or a natural disaster, like flooding.

The United States has one of the safest water supplies in the world due to the coordinated efforts of various federal, state, and local agencies. Given the high quality of their drinking water, most Americans will never contract a waterborne illness. Nevertheless, when contaminants find their way into drinking water sources and are not eliminated by water treatment processes, water can and does make people sick.

In the United States, detection and investigation of waterborne illness outbreaks is the primary responsibility of local and state public health departments, with voluntary reporting to the U.S. Centers for Disease Control and Prevention (CDC).

If living and working in areas where the water supply might be the question, it is recommended to disinfect the water before use. Water to be used for drinking, cooking, making any prepared drink, or brushing the teeth should be properly disinfected.

In this article, you will be familiar with

Vigorously boiling water for one minute will kill any illness-causing microorganisms (at altitudes above one mile, boil for three minutes). The flat taste of boiled water can be improved by pouring it back and forth from one container to another (called aeration), allowing it to stand for a few hours, or adding a small pinch of salt for each quart of water boiled.

Common household bleach contains a chlorine compound that will disinfect water. The procedure to be followed is usually written on the label. When the necessary procedure is not given, find the percentage of available chlorine on the label and use the information in the follow- ing tabulation as a guide.

If strength is unknown, add ten drops per quart of water. Double the amount of chlorine for cloudy or colored water or water that is extremely cold.

The treated water should be mixed thoroughly and al- lowed to stand, preferably covered, for 30 minutes. The water should have a slight chlorine odor; if not, repeat the dosage and allow the water to stand for an additional 15 minutes. If the treated water has too strong a chlorine taste, allow it to stand exposed to the air for a few hours or aerate it by pouring it from one clean container to other several times.

Chlorine tablets containing the necessary dosage to disinfect drinking water can be purchased at sporting goods stores and should be used following the instructions. When instructions are not available, use one tablet for each quart of water to be purified.

Add and dissolve one heaping teaspoon of high-test granular calcium hypochlorite (approximately 1/4 ounce) for every two gallons of water. The mixture will produce a stock chlorine solution of approximately 500 mg/L since the calcium hypochlorite has available chlorine equal to 70 percent of its weight. To disinfect water, add the chlorine solution in the ratio of one part of chlorine solution to every 100 parts of water to be treated. This is roughly equal to adding 1 pint (16 ounces) of stock chlorine to every 12.5 gallons of water. To remove any objectionable chlorine odor, aerate the water.

Common household iodine from a medicine chest or first aid kit may be used to disinfect water. Add five drops of 2 percent United States Pharmacopeia (U.S.P.) Tincture of Iodine to each quart of clear water. For cloudy water add ten drops and let the solution stand for at least 30 minutes.

Iodine tablets containing the necessary dosage to disinfect drinking water can be purchased at drug and sporting good stores. They should be used by following the instructions. When instructions are not available, use one tablet for each quart of water to be purified.

Also Read: Cleaning, Disinfecting, and Sterilizing the Workplace To Manage the Coronavirus

Most waterborne illnesses cause common symptoms and the characteristics of each symptom depend on the bacteria, viruses, or pathogenic microorganisms. These symptoms include:

Normally, the human intestinal tract contains many types of harmless bacteria that the body routinely eliminates. However, when humans are exposed to the bacteria for a long time such as in disaster situations or changes in personal hygiene habits, they can become ill. Generally, the number of incidences of waterborne illness in the United States is low compared to other major causes of illness. But when a natural disaster hits, waterborne agents can cause widespread illness and in some cases, death.

The following chart highlights common waterborne illnesses, where bacteria, viruses, and pathogenic microorganisms are likely to be found in the water supply, and some general symptoms of each illness. If any of the symptoms persist, it is best to see a physician. The victim should tell the doctor if they drank unpurified water, and the source and type of water they are presently using. Since only 50 percent of the waterborne illness-causing agents are identified, a victim can increase the accuracy of their diagnosis by telling the doctor about changes in drinking and bathing habits.

In healthy adults, the effects of waterborne illnesses typically last only a few days and can be self-treated with nonprescription medications. Because of this, they are often under-reported.

How to Protect Others from Waterborne illnesses

However, the risk of spreading infection is low if the infected person is treated with antibiotics and practices good personal hygiene.

To reduce transmission of waterborne illnesses, wash hands thoroughly with soap and hot running water for at least ten seconds:

Food handlers can reduce the transmission of waterborne illnesses by:

For extra protection, persons who are infected with HIV; have recently had an organ transplant; are being treated

for cancer; or are traveling in a country where the water is likely to be unsafe, should boil water for one minute to kill any waterborne illness-causing agents.

If You Get a Waterborne Illness:

The length of time a person is sick depends on the cause of their illness. Most people get well in two or three days without seeing a doctor.

Some people become dehydrated from losing too many fluids during vomiting and diarrhea, plus they may have trouble eating. Drinking lots of water and eating foods like bananas, rice, applesauce, and crackers can help prevent dehydration. Alcohol, soft drinks, or sports drinks can make dehydration worse.

Victims of waterborne illness should promptly see a doctor if they:

Some over-the-counter medications can make the victim sicker so check with a doctor before taking any.

To reduce the chances of waterborne illness, practice good personal hygiene, including frequent handwashing with soap and warm water.

Remember to practice safety. Don’t learn it by accident. This fact sheet was published with information from the Centers for Disease Control, the Environmental Protection 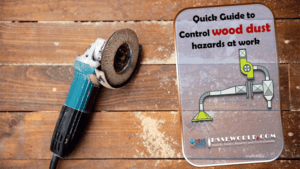 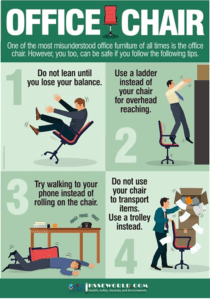 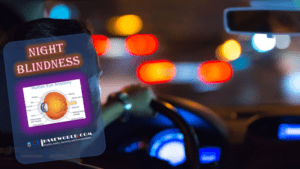