Improper use of lifeline results in death of worker

A new worker died after falling through a gap in a metal roof. He was attached to a self-retracting lifeline, but its steel cable broke during the fall. The new worker landed 10.5 meters (35 ft.) below on a concrete floor.

The investigation team determined that the lifeline’s cable broke because the lifeline was used incorrectly. The lifeline was designed to anchor above the new worker and used vertically. But instead it was anchored on the low-slope roof on the same level as the new worker, about 6.5 m (22 feet) away from where he was working when he fell. With the lifeline set up horizontally, its cable extended across the roof and got caught on one of the roof’s sharp metal edges. The horizontal set-up also meant that the lifeline’s self-retracting mechanism was operating on its side, which it was not designed to do. As a result, the decelerator that was part of the self-retracting mechanism was unable to slow the new worker’s fall and ensure a softer stop. The lifeline’s cable was not strong enough to withstand the combined stress of being caught on the sharp edge and the sudden, intense load of the new workers when he fell. The manufacturer’s instructions clearly stated that the lifeline was to be set up vertically, but these instructions were not followed.

Investigation team also concluded that the new worker was not properly oriented and trained before starting work , and that employer’s fall protection plan was inadequate.

The following lessons were learnt: 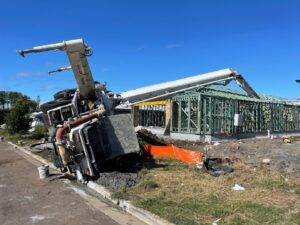 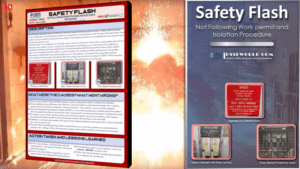 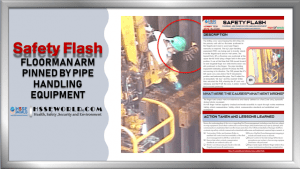