Of all the workplace hazards, confined spaces are some of the most deceptive. What looks like a “normal” space could be a deathtrap: filled with hazardous gases or, just as likely, lacking in oxygen.

Four minutes is all it takes for a confined space “rescue” to turn into a “body retrieval” exercise. After only four minutes without oxygen, it highly is likely that a worker who is not wearing a respirator will experience brain damage or death.

Some seem obvious – a tank that held solvents, railroad cars used to transport hazardous chemicals, sewers – while others are less so: a deep swimming pool with six inches of water and algae at the bottom, a drainage shaft that is not particularly deep and is not fully enclosed.

On Oct. 21, 2016, an employee of D&D Construction in California entered a drainage shaft to clean out mud and debris. The worker descended 10 feet down into the shaft via a bucket. He didn’t realize it, but he was descending into a hazardous atmosphere.

The worker was not wearing a self-contained breathing apparatus or personal fall protection as the bucket lowered him down into the shaft, which was 4.5 ft. in diameter and lined with concrete. As it turns out, there was not enough oxygen in the shaft to support life and because he was not wearing a self-contained breathing apparatus, the worker asphyxiated. He lost consciousness due to the oxygen-deficient atmosphere in the confined space and fell 40 feet, drowning in a foot of water at the bottom of the shaft.

General contractor Tyler Development was constructing a single-family residence in the Bel Air area and had subcontracted the worker’s employer – D&D Construction – to install and service reinforced concrete posts known as caissons on the property, according to a report issued by Cal/OSHA. The occupational safety and health agency cited Tyler Development and D&D Construction Specialties Inc. for a combined $352,570 for 10 serious and willful health and safety.

Tyler Development was fined $14,870 for five alleged violations, three of them serious, for a failure to evaluate the worksite for possible permit-required confined spaces, ensure that the subcontractor (D&D) met all requirements to comply with a permit space program and protect workers from the hazard of impalement by guarding all reinforced steel ends that extend up to six feet above the work surface.

Both employers have indicated they will appeal the citations: Tyler Development filed an appeal package with the Occupational Safety and Health Appeals Board (OSHAB) on April 26 and D&D Construction filed an appeal on May 9. Employers have 15 days from receiving citations to submit intent to appeal.

Neither company was in compliance with required confined space procedures, according to Cal/OSHA, and D&D Construction previously was cited in 2012 for similar safety violations at a different job site.

A confined space is defined as a space that is large enough and configured so that an employee physically can enter and perform work. It has limited openings for entry and exit and is not designed for continuous employee occupancy. A confined space also is defined as a space where access or egress is difficult and where existing ventilation is insufficient to remove dangerous air contaminants, there is oxygen enrichment (above 23.5 percent) or correct oxygen deficiency (below 19.5 percent).

The Cal/OSHA program emphasizes planning and training. At a minimum, training must include:

Not all confined spaces require permits to enter. If appropriate air quality monitoring has been conducted and the atmosphere does not contain hazards that could cause death or serious physical harm to employees, then the space would be considered a non-permit confined space.

However, written operating and rescue procedures still are required.

In two of the 2011 fatal confined space incidents in California, rescue was attempted by co-workers without proper evacuation training, resulting in the death of one worker and serious injuries to two workers. In fact, two-thirds of confined space deaths are would-be rescuers.

Depending on the severity of the emergency, different rescue methods can be employed. If the worker is capable of performing a self-rescue with communication and possible assistance of the standby person, then that is the preferred method of escape. Often, that isn’t possible due to how quickly workers can be overcome in hazardous conditions. As Cal/OSHA notes in its confined space guide, “Everyone involved in a rescue should assume that the space is deadly and that entry rescue may be required in the worst case.”

Rescues can be performed by another employee or a professional rescuer, but at least one rescuer must be immediately available onsite and all rescuers must be fully trained, familiar with the space and qualified to act as rescuers. Qualifications include knowledge of and experience working with all hazards associated with rescue and confined space entry operations, as well as familiarity with rescue equipment, including:

There are two types of rescue: entry rescue and non-entry rescue. Non-entry rescue is the next- best approach when self-rescue is not possible because non-entry rescue can be started right away and prevents additional personnel from being exposed to unidentified and/or uncontrolled confined space hazards. Often, the spaces that allow for a non-entry rescue are shafts where an employee has climbed down or been lowered into the space. Equipment and other rescue aids to pull a worker up and out of the confined space are used in the rescue. In situations where configuration of the space or other elements prevent the removal of the worker, entry rescue may be the only solution.

In those cases, rescuers enter the space to retrieve the worker or provide him or her with emergency assistance such as CPR, first aid and air via SCBA or a supplied-air respirator (SAR), if needed. The best practices found in “Is It Safe to Enter a Confined Space?” indicate that an entry rescue plan needs to be developed ahead of time in the event of an emergency for which the non-entry rescue plan is not appropriate.

Employers are responsible for assessing ALL hazards associated with confined space entries and plan for not only a successful confined space entry but also for every type of rescue operation that might be required if things go wrong. There is no lack of guidance available to employers about confined spaces and the dangers they present to employees.

Despite OSHA Standard 29 CFR 1910.146(c)(1) – Permit-Required Confined Spaces – and special emphasis programs like Cal/OSHA’s Confined Space Emphasis Program, as well as dozens and dozens of letters of interpretation found on the OSHA web site, confusion remains about confined spaces, even among employers who want to comply with regulations and protect employees.

As John Rekus, MS, CIH, CSP, wrote in a 2001 article for EHS Today (“Confined Spaces: Myths, Magic, Urban Legends and the Facts”), “Much of the ‘popular’ information circulating about confined spaces is simply wrong. Confined spaces don’t have to be labeled. Oxygen levels of 19.5 percent aren’t necessarily ‘safe’ for entry. The mere possibility that an atmospheric hazard may exist doesn’t necessarily mean that a confined space is a permit space. Showing employees a 20-minute video or sending them to a one-day, state-sponsored fire rescue institute seminar doesn’t mean they have been trained.”

According to Rekus, who authored The Complete Confined Spaces Handbook, “Confined space entry is perhaps the most complex area in the whole field of occupational safety and health because it requires not just knowledge, but expert technical knowledge of a broad spectrum of specialized areas such as process hazard analysis, air sampling methodology, lockout/tagout, toxicology, respiratory protection, industrial ventilation, chemical protective clothing, emergency planning, instrumentation and employee training… In the case of confined spaces, many untruths, myths and urban legends are repeated so often that people eventually believe them. Even worse, they pass them on to others.” 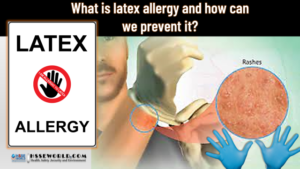